The number of new daily coronavirus cases in the United States topped 60,000 for the first time on Friday. Recorded cases are now on the rise in 37 states, prompting state governments to re-evaluate plans to reopen their economies. The country is now averaging roughly 750 deaths from the virus each day.  South Carolina is surging and still re-opening for some reason.

Florida announced 15,000 new cases of the virus yesterday, the highest single-day total of known infections for any state thus far.  Governor Disaster is incompetent and defensive.

In order for us to reverse this problem, we need about 90 percent of people in those really hot areas to wear masks when they’re in public. Republicans in the Senate have refused to take up the $3 trillion relief bill that House Democrats passed in May. 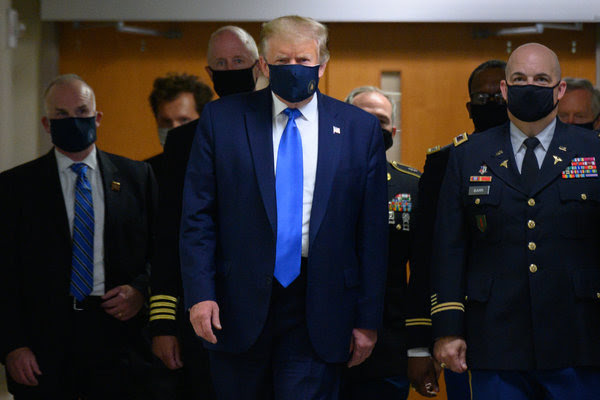